Jupiter Medical Center has a major expansion in the works, with a new surgical center to replace a skilled nursing building.

JMC is one of the few stand-alone hospitals left in South Florida, and it’s aiming to enhance its facilities to keep pace with competition.

The skilled nursing building on the southwest corner of the JMC campus would be demolished, and a two-story, 80,470-square-foot surgical center would be built in its place. It would include 18 operating rooms.

In addition, JMC is looking to expand its emergency department by 2,500 square feet, create eight rapid treatment stations, and construct a 6,200-square-foot addition to its central energy plant.

Patti Patrick, VP and chief strategy and growth officer at JMC, said the new Surgical Institute would be the biggest capital project in the hospital’s history and create more than 100 jobs. 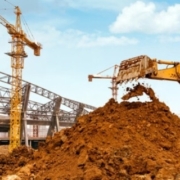