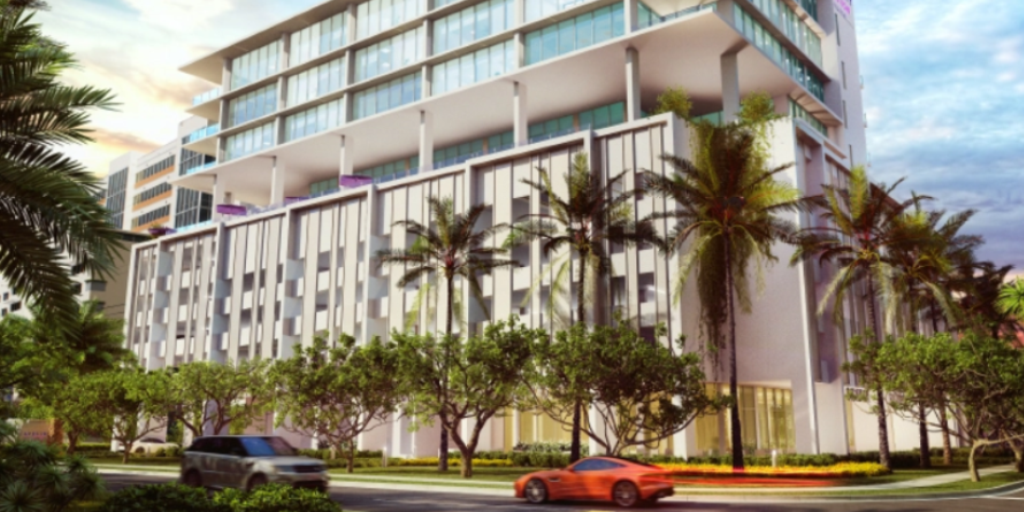 BridgeInvest, a lender based in Miami, has originated $36 million of construction financing to fund the development of a mixed-use commercial building in Aventura, Fla.

The property, dubbed Ivory 214 by its builder, Rieber Developments, will add nearly 40,000 square feet of medical office space and 11,000 square feet of retail in the Atlantic coast city, about halfway between Miami and Fort Lauderdale. It will also include a 100-room hotel operated under Hilton‘s Tapestry Collection brand.

The loan refinances prior debt that was provided by the same lender in 2017 for Rieber’s acquisition of the land, according to Alex Horn, one of BridgeInvest’s founders.

“We’ve had the opportunity to work with the borrower for an extended period of time,” Horn said. “They’re very capable of building this project, so we liked the idea of financing the construction.”

The ten-story medical building, which broke ground just over a year ago, is subdivided into office condominiums that Rieber is selling to health-care providers. Though the property won’t be open for business until early 2020, 30 out of 34 office condos have already been sold, the company said.

Meanwhile, the Tapestry hotel will cater towards extended-stay customers, with each room featuring a small kitchen. There will also be a pool, a fitness center, meeting space and a rooftop terrace, with the property operated by Driftwood Hospitality Management.

“Securing the construction financing for Ivory 214 is an especially proud moment and a key step in delivering this compelling project to Aventura,” Bernardo Rieber, a principal at Rieber Developments, said in a statement. “Today’s closing is an endorsement of the continued strength and market appeal of Ivory 214 as we continue our forward momentum.”

The development, at 2820 Northeast 214th Street, will stand a few blocks from Aventura Hospital & Medical Center, a for-profit hospital run by HCA Healthcare. Rieber is also working on a neighboring project, 1212 Aventura, which will likewise include office and retail components but will feature a senior-living complex instead of a hotel.

The South Florida city of just under 40,000 residents is notable to commercial real estate cognoscenti as the home of the Aventura Mall, America’s third-largest shopping center. Last year, Aventura Mall, which is co-owned by Turnberry Associates and Simon Property Group, pulled in one of the biggest retail debt deals in the country, a $1.75 billion single-asset CMBS loan from J.P. Morgan Chase, Deutsche Bank, Morgan Stanley and Wells Fargo.

Florida Medical Space is Florida’s first and only statewide, full service medical real estate company. We are a highly focused and specialized team of investment, marketing, leasing and management professionals at your full disposal so you can focus on what matters most. We've assembled the brightest and most qualified team of healthcare real estate professionals to provide unparalleled service to the physicians, healthcare executives and investors who serve the healthcare needs of residents of Florida. We are headquartered in South Florida and are also active in Central Florida, Orlando and Jacksonville. Physicians, hospital administrators, healthcare executives, landlords and investors can depend on FMS for expert guidance in all real estate matters. Call one of our trusted advisors today for a complementary analysis of your situation.

Florida Medical Space, Inc., Copyright 2014. FMS is not responsible for any errors or misinformation contained within this website.
CALL 1.954.346.8200