The nonprofit hospital first unveiled plans for the Gloria Drummond Patient Tower in early 2019, when it announced the start of a $250 million capital campaign. The original plans called for 180,000 square feet in seven stories, but the building in the new application is significantly larger.

Under the proposed site plan, the Gloria Drummond Patient Tower at 800 Meadows Road would total 437,394 square feet in nine stories. It would include private patient rooms, surgical suites, space for staff, and space for graduate medical education.

BRRH also has a pending plan to build a medical office building on its campus.

Baptist Health Pays $11M For Office Project Across From Hospital

Miami Property To Be Rebranded And Repositioned As Medical Office Space 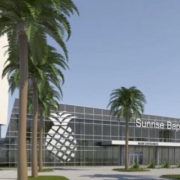 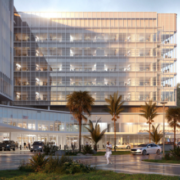